In Memory of British Statesmanship 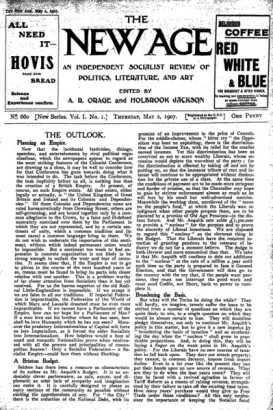 This powerful article by Marmaduke Pickthall is as relevant today as it was when it was written a century ago (in The Age, Vol 18, No.5, December, 1915). In fact, Pickthall was pinpointing something that had its origin at that point and which has made for chaos and instability in the world ever since. It is perceptively entitled In Memory of British Statesmanship to locate the origin of the problem and the responsibility where it lies.

Marmaduke Pickthall was an old school English Tory and he was all the better for it. He was no James Bryce or Edward Grey or the host of Liberals who salved their consciences in creating a Great War by declaring it to be a war for civilisation, for humanity, for good against evil etc. etc. He had no time for moral frenzy whipped up to wage war on absolute evil. He knew that good and evil existed everywhere and could not be assigned to one nation or another. He understood that great evil came about through bad statesmanship and the power with the greatest responsibility for statecraft in the world in 1914 was Britain, its one superpower.

Pickthall realised that democracy leads to catastrophe if given its head. He saw this in 1914 in England when the English democracy turned a limited Balance of Power war planned on Germany into a great moral war. That was a failure of statesmanship from Edward Grey, who was supposed to be a great statesman. It is the duty of statesmen to override the popular will if the popular will would lead to disaster. British statesmanship had managed to do that for a couple of centuries with great skill. But in August 1914 the popular will was worked up by the Liberal statesmen and it lead to catastrophe for the state and masses alike – along with millions across the globe.

This is not to say that the British masses were ignorant. What they were ignorant of was what Edward Grey was doing in his Foreign Policy. W.T. Stead, the man who had written more against the Turk than anyone alive, realised what was afoot when he saw the Italian invasion of Ottoman Libya go unanswered by Grey and then the Balkan Wars let go impeded. The British Foreign Office were not defending the “public law of Europe” and the Cyprus Convention. Even Gladstone had stood for that in a long line of British Statesmen. Stead wrote about it and was then drowned on the Titanic.

The only explanation for Sir Edward Grey’s inactivity was his desire to placate his Tsarist ally, who he needed in a future war with Germany, for the Russian steamroller to complement the Royal Navy and French Army. From the 1907 Anglo-Russian agreement that carved up Persia, British Statesmanship went very wrong, culminating in the Great War of 1914.

Pickthall’s warnings in 1912 went unheeded. It was the Great War waged on the Ottoman Empire that produced catastrophe for the Armenians – and the same for a similar amount of Moslems in the region they inhabited. And the same mediocrity under the false banner of “humanity” that have turned two former Ottoman territories, Iraq and Syria, into the killing fields of today:

“In Memory of British Statesmanship

“Nothing in the phenomena produced by the great war is more disquieting, to those who wish for sanity in Europe with a view to lasting peace, than the utter lack of objectivity evinced on this occasion by the very men whose special business is to try to see things in their true perspective. By objectivity I mean the power to view a person, nation or idea apart from one’s own feelings with regard to it, as something having a right to existence since it does exist, and worthy of consideration in comparison with any other person, nation or idea. Where would one seek for such impartial vision if not in the universities of modern Europe, which afford a refuge for trained thinkers from the hurly-burly? Yet we have seen a manifesto published by the professors of Germany which, for lack of scientific calm and objectivity, is equalled only by the manifesto which certain English professors published in reply to it. Thus do the professional thinkers of a country, no less than the people and the Government, lose their sense of humour – a homely name for objectivity – in wartime, and become fanatics, doing their utmost to increase the evil, striving in their madness to make peace impossible. This gift of objectivity or sense of humour has never been the property of nations, and seldom the property of the rulers of primitive peoples striving fiercely for existence or supremacy. It is unnecessary, it would be a drawback, to a nation borne upon the flood of conquest. But it is exceedingly to be desired in those who have to shape the policy of a nation at the height of power or in its decadence, seeking to preserve by wisdom, cunning or diplomacy an empire coveted alike by friend and foe.

“Just as among private individuals a perfect sense of humour – I mean that sense of humour which plays on a man’s self no less than on his neighbours – is extremely rare; so among the statesmen, who perform the function of the brain for a whole empire, a perfect objectivity – that is, the faculty of seeing his own country as other countries see it, no less than that of viewing other countries as they view’ themselves and one another – is the crown of genius.

“We of England in the past have by good fortune produced several statesmen who possessed the faculty of seeing other countries clearly in their various relations. But only one British statesman that I know of ever saw the British Empire quite dispassionately in relation to the whole, and he was not by blood an Englishman -Benjamin Disraeli, Earl of Beaconsfield. That is why Disraeli’s judgments in the region of foreign affairs were so unerring and, as time has proved, infallible. “He was too imaginative,” say the mediocrities who followed after him and wrecked his work; “he was not an Englishman and so could never see things as we English see them.” As if the statesman of a mighty empire could be too imaginative! As if average intelligent Englishmen – for of such are Disraeli’s successors – must of necessity have truer vision than the greatest political genius in all modern history ! Objectivity is a quality of the imagination which our present rulers seem to lack most grievously.

“O wad some power the giftie gie us, To see ousels as others see us!

“So much that is absurd and inconsequent in the diplomatic situation would, by that gift, have been avoided.

“We should have perceived before we made the first move towards alliance with Russia. that Greece, Roumania and Bulgaria, no less than Turkey, were countries – threatened by the pan-Slavonic movement, that they loved us only through self-interest, and would cease to love us if we changed our policy. We should have considered before agreeing with Russia finally to destroy the weak, but not quite hopeless, democratic regime in Persia, and allowing the London Press to rejoice over the disappearance of a “toy parliament,” that the said democratic regime was a sincere, if humble, imitation of our own most precious liberties of bygone days; that we have stood for all which that regime inadequately represents for centuries in the opinion of the East, while Russia has stood for the exact opposite. We should never have dreamt of interfering with the Muslim Caliphate, because we should have borne in mind our former boast that everyone’s religious prejudices were respected in the British Empire.

“Our rulers would hardly have endorsed Lord Bryce’s description of the Young Turk Government as “a gang of murderers” merely because of a suspicion (which I believe to be conceived on very slight foundation that the said Government ordered the extermination of Armenians in the Turkish Empire; because our rulers could not fail to recollect how they themselves condoned the “systematic extermination” (v. Carnegie report) of Mohammedan populations in Thrace and Macedonia in the winter of 1912-13, and even were so cynical as mildly to congratulate themselves on the event, as simplifying the Moslem question in those regions, and giving hope of an enduring peace. If Christians were allowed to “simplify the Moslem question- in a certain manner, may not Muslims simplify the Christian question in the same manner when they get the chance? Or is there one standard for Christians and another for Muslims?

“Objectivity is much more common in the East than in the West; nations, like individuals, are there judged by their works, not by their own idea of their intentions or beliefs; and these inconsistencies, which no doubt seem very trifling to a British politician, impress the Oriental as a foul injustice and the outcome of fanaticism. The East preserves our record, and reviews it as a whole. There is no end visible to the absurdities into which this mental .deficiency of our rulers may lead us. Who knows but that the nation which was filled with horror at the fate of Louvain may yet destroy the precious remnant of the Parthenon! Nothing is too extravagant to be believed in this connection, when flustered mediocrities are in the place of genius.

It is the strength and weakness of our country that the mere machinery of government has grown of late to be of more importance than the men: its strength in peaceful times, since all goes on as usual in spite of party quarrels and the multitude of fools; its weakness at a time like this. The office, not the man who fills the office, has been deemed important. A genius like Disraeli is succeeded by some worthy product of routine, without a vision of the world or an idea worthy of the name. And the public pays the same respect to mediocrity which it paid to genius filling the same office. If mediocrity happens to be of the opposite party, it is certain to be vaunted by half England as superior to genius. And, not being genius, lacking objectivity, it takes itself at the public valuation. It tampers with the work of genius, making the alterations which it deems advisable, and all goes well until the day of trial, when the Empire finds itself not only without a mastermind to guide it, but cut off by the insect-like activities of servile minds from the support of sound tradition, its inheritance from the master-minds of old. The routine of party, the routine of administration, elaborate as it has now become, is not the school for statesmen, since it stifles objectivity.